FIFA World Cup 2022 Broadcast in Nepal: Here is everything you need know

This time the FIFA World Cup 2022 is broadcasted via Media Hub favoring the pay-per-view model in Nepal which is ruled by the Supreme Court of Nepal.

The world cup 2022 is on days like it’s on November 20th. Everyone must be excited about the world’s biggest sporting event of the year. Even if you don’t watch or like sport World Cup is the only sport that happens every four years, you would probably know what will happen with all the late-night shouting and the nonstop TV rolling.

On November 8, the Supreme Court of Nepal issued an interlocutory (of a decree or judgment) given provisionally during the course of legal action. It was the order given by the court against collecting extra charges in order to broadcast FIFA World Cup 2022 in Nepal. And According to Som Dhital (Media Hub’s Executive Director) said that this time Nepali viewers might miss out on the Qatar World Cup entirely since their preparations had come to a halt due to this legal trouble.

However, on November 16, there was good news. The Supreme Court including Justices Prakash Kumar Dhungana and Manoj Kumar Sharma sided with Media Hub. Allowing us to watch World Cup 2022 with its pay-per-view system while broadcasting the Qatar FIFA World Cup in Nepal. Agreements were made between Media Hub and Himalaya Television Network (the broadcasting partner), that the semi-final and final matches will be broadcasted for free.

As the preparation is going on for the resolution of broadcasting the FIFA World Cup 2022. The Himalayan TV HD will broadcast the matches (FIFA WORLD CUP 2022) in Nepal. As per the report, these shows will likely have English commentary. As of now only NetTV and ViaTV have registered for the broadcast of the world cup. Once against note that you need to pay for watching the matches and an additional delay is that you won’t be able to watch it on a mobile app (since there is no agreement for it).

How much fee will you have to pay to watch FIFA World Cup 2022 in Nepal?

To be direct with you all it’s gonna be 500 plus 13% VAT. Ya, we’ve been watching the world cup regularly via standard TV with only monthly subscriptions but this time it’s already expected to be expensive so nothing new pays Rs. 500 plus 13% VAT that’s 565 for a sole setup box (STB) only.

Note: if you are from a bigger household with multiple TVs (and subsequently multiple STBs), you will have to pay Rs. 565 for each active TV or STB. And this price is on top of the regular subscription fee you pay for your cable TV for IPTV.

So are you excited about FIFA World Cup 2022? Comment Below 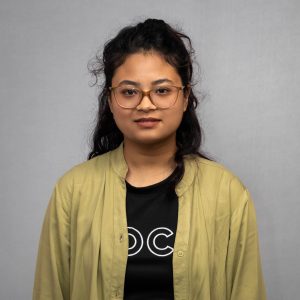 Content Writer. Sushmita is a learner and creative person aside from writing.
All Posts
0 0 votes
Article Rating
Subscribe
Login