Huawei has officially announced its Harmony OS, the in-house operating system with which Huawei is replacing the EMUI on Android setup. The irony is, it is still an open-source forked android and no it doesn’t bring back Google apps. Huawei is denying its association with android.

Huawei says, ”Harmony OS 2.0 2 is a commercial version developed by Huawei based on the open-source project OpenHarmony 2.0 for smart devices used in different scenarios. Android is developed based on AOSP open source project. Harmony OS 2.0 supports multiple kernels. It allows devices to select the kernel it needs. For example, hardware with only kilobytes or megabytes of RAM can go with the LiteOS kernel, while the devices with larger RAM can implement the Linux kernel.”

To put it in simpler terms, Harmony OS is being marketed as an ultimate Operating System that could run on smartphones, tablets, laptops and even IoT devices like samrtwatches, lamps etc. Huawei has thrown in a Control Panel which lets you connect all your Harmony OS running devices together. Huawei has also baked in a “Super Device” widget which displays other Harmony OS running devices in your periphery and lets you pair them easily. This one however, is more leniant towards the tablet segments and Huawei’s own MatePad Pro 12.6, 10.8 and MatePad 11 run Harmony OS 2.0.

On the smartphone side of things, the Harmony OS 2.0 homescreen. Users can use swipe-up gesture to get a widget that includes all the information for that app. What’s unique to Harmony OS however, is that these widgets can be shared across multiple Harmony OS 2.0 running devices. As the idea behind Harmony OS 2.0 was to serve towards a broader eco-system, the homescreen can add apps from one device to another.

What’s makes it even more interesting is that Huawei claims users can even move running apps between devices. That’s something we’ve never seen before. Huawei hasn’t mentioned anything with regards to perfromance and power gains but instead Huawei says Harmony OS 2.0 is superior to EMUI on Android setup.

Will it run Android Apps?

Since the trade ban, Google apps and play services aren’t available but since Android is open-source software, anyone from anywhere can have access to it. But as per The Verge, who got hands-on with the MatePad Pro, android APKs can be installed easily and the experience is moreover Android-like. Huawei has drawn UI cues from both Android and Apple’s iPad OS.

Backing up The Verge’s statement, Android Authority described Harmony OS 2.0 as “ultimately a spin-off Android 10 with a sight rebrand.” TechRadar puts the software experience to be clearly based on Android. All of these reports indicate that yes it is still Android and will run Android apps, given that you find the appropriate .apk file for the app you desire.

Apart from its newer devices which run Harmony OS 2.0 right out of the box, Huawei has started rolling out updates for older phones starting June 2. The primary list of devices includes Mate 40 and 30 series, P40 series, and Huawei’s foldable Mate X2. Huawei says more and more devices will be getting Harmony OS 2.0 in the third and 4th quarter of 2021. 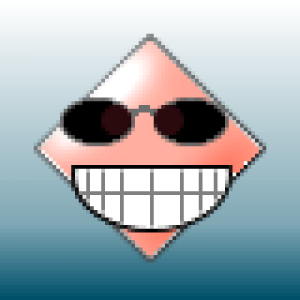