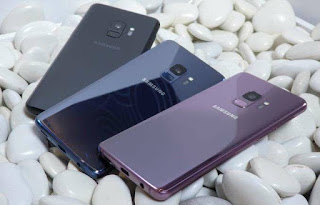 Samsung Galaxy S9 and S9 Plus are the flagship phones from Samsung which were launched a few weeks back in MWC 2018 and are now going to be launched in Nepal on March 12. The launch of S9 and S9 Plus is planned after the launch in India, which is on March 6th. The sales for these phones will start on March 26th.
Also Read: Samsung Galaxy S9 and S9 Plus officially launched: Improvements and Initial Impression
Galaxy S9 and S9 Plus incorporate almost the same design as of Galaxy S8 and S8 Plus but the major upgrade on the phone are its camera and processor. The phone has many interesting upgrades like the replacement of the fingerprint sensor just below the camera which was just next to the camera in Samsung galaxy s8 and s8 plus, slow-motion videos in 720P at 960fps, live focus mode in S9 Plus camera app which lets you add the amount of Blur and Bokeh effect into your portraits along with lots of Bokeh filters, AR Emojis which lets you create an emoji by capturing your face and also lets you create animated Gif’s which can be used in any messaging apps, along with all that, there is a much-improved version of Samsung’s AI assistance Bixby, which can now detect objects in real-time and can also translate signs on different languages in real-time.

According to Delta Digit, the price will be similar to last years Galaxy S8 and S8 Plus. Galaxy S9 and S9 Plus will have the MRP of Rs 88,900 and Rs 98,900 respectively, however, the price has not been confirmed, so, we will have to wait until it’s an official launch in Nepal.  Both phones will come with three different variants with 64GB, 128GB, and 256GB internal memory but which variants will be available during launch has not yet been confirmed.

We will try to share more about Galaxy S9 and S9 Plus in the coming days, so stay tuned to get more updates.
Read here for more info