The Riot Games announced Project A in October 2019. Later on, they officially announced their Project A as Valorant. Besides, Volarant was introduced as a desktop-exclusive multiplayer game and is yet to launch on the mobile platform. However, the developer is stating that they have been preparing to expand the franchise. And promised, Roit Game has opened the pre-registration for the Valorant Mobile Version. The Valorant Mobile Version will let an entirely new audience participate in this fast-developing 5v5 character-based thriller.

Valorant is a 5v5 multiplayer first-person shooter game where one team attacks while the other defends. It has two main game modes: Search and Destroy. Players will spawn on opposite ends of a map with the same weapon once per round. They will continue to spawn until the end of the game.

Developers have confirmed that the Mobile Version of the Valorant is coming out. Besides, Riot Games intends to provide a completely different gaming experience from the PC version. The mobile edition will allow players to enjoy themselves in an action-packed universe just using their fingers. However, Valorant Mobile Version is still in developing phase. And hence no official release date has been set.

Furthermore, the Valorant is a multiplayer game so, it will probably undergo Beta testing. Similarly, Valorant Mobile might take a lengthy development process. As a result, Beta testing may not take place this year.

Will the game be available on both Android and iOS Phones?

Many people were wondering whether Valorant Game will be available on both Android and iOS platforms or not. To clear your doubt, Valorant Mobile Version will be available on both iOS and Android. It means that the game will be playable on Samsung and Google Phones, as well as iPhones. Similarly, just like the PC version, Valorant will be able to reach millions of players. Meanwhile, there is so much talk going around Valorant Mobile Version will provide a different gaming experience. Although, there shouldn’t be too many differences from the console version. However, there may be a few new features that are compatible with mobile players.

When can we get Access to the Valorant Mobile Version?

The developing Committee Riot has yet to declare an official release date for the game. However, rumor had it to be launched in the next year, around 2022. Similarly, no playable states of the first-person shooter, including alphas, betas, and fully published entrants, will be available before 2023.

Meanwhile, there is no concrete evidence showing Riot Game will announce the release date soon. Though, various sources suggest that it will occur in the third quarter of 2021. Besides, Beta testing for this tactical shooter will most likely be software-locked (i.e., only available on iOS or Android devices) or region-locked during the early stages of development.

How can you Pre- Register the Valorant Mobile Version?

The free-to-play competitive first-person PC shooter can accumulate 14 million players each month. Although the released date is not official, the pre-registration process has already started. Similarly, Riot Games has made it possible for gamers to sign up for the forthcoming beta edition of the game. For that, you will need to go to TapTap and create your account. Once you pre-register yourself, you’ll get a notification once they schedule the release date.

Also, make sure to use this website because it is the only one confirmed as a registration gateway. Besides, numerous additional fictitious online pages that appear to be authentic are scams. As a result, you may put your information at risk and expose your device to malware.

Let’s learn about Valorant Agents and their capabilities:

In this game, Valorant players take command of Agents rather than SWAT/SEAL teams or terrorist organizations. Each participant can choose their agency before the game, and they should then have to play with that agent. Each agent in the game has its own set of powers and abilities. These skills might be attacking, defensive, or tactical. However, each agent is unique because they have their own set of capabilities.

What makes Valorant different from PUBG and Call of Duty?

The objective is invading or defending the other team’s territory or removing all of the other team’s players. Unlike PUBG and Call of Duty Mobile’s battle royale modes, this game does not feature a big island or a continually shrinking play zone.

Although it has just been a year since its release, this free-to-play first-person shooter is still gaining popularity. It would not be wrong to say that the new mobile version of the game will broaden the horizon for Valorant. 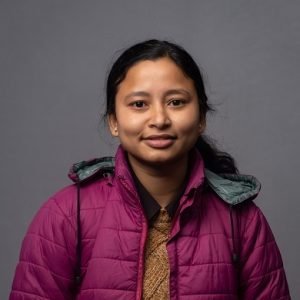