As the competition in the smartphone market increases many smartphone brands from around the world is entering Nepal and ZTE is one of them. Evolution Enterprises Pvt. Ltd (authorised distributor of ZTE mobiles for Nepal) has recently launched ZTE Blade V7 Lite in Nepal with a price tag of Rs 18,990. In this article, we are going to share our ZTE Blade V7 Lite expierience in the form of review.

ZTE Blade V7 Lite is a budget-friendly smartphone with the premium metal unibody design which gives it premium touch and gorgeous look. The phone comes with a dimension of 143.8mm height, 72.6mm width and 7.9mm thick, due to which, it fits perfectly in the hand.
ZTE Blade V7 Lite comes with 5.0 inches of IPS LCD Capacitive display with a resolution of 720 x 1280 pixels resolution. On the top-front, there is an earpiece, Ambient light sensor, notification light and 8MP front facing camera with front flash for clear photos during the low light.

On the back, ZTE Blade V7 Lite features 13MP of rear camera with autofocus & LED flash and a fingerprint sensor and along with that, the speaker is located at the rear bottom of the phone.

On the right side of the phone, there is a power key button and a hybrid sim tray slot. On the left side, there is a volume rocker key and on the top, there is 3.5mm headphone jack port. Similarly, on the bottom, there is a primary microphone and a microUSB port for charging and data transfer.
ZTE Blade V7 Lite comes with a dual sim (nano sim + nano sim) option and has a hybrid sim tray which means the user has to choose between using the dual sim or a sim and microSD card. The phone is powered by 2500 mAh non-removable battery.

ZTE Blade V7 Lite comes with 5 inches of curved display with a resolution of 1280 x 720 pixels. This phone has a great display and produces vibrant colour and is very responsive to fingers. While using the phone directly under sunlight I felt that we need to glare a bit to read the text on the display. ZTE Blade V7 Lite’s screen is not as bright as compared to other high-end smartphones.

ZTE Blade V7 Lite is powered by MediTek MT6735P Quad-core processor clocked at 1.0GHz with Mali T720MP2 GPU and 2GB of DDR3 RAM. Talking about the performance of ZTE Blade V7 Lite, the performance was quite good during the review period under both normal and heavy uses but I felt that the phone lagged up a bit when lots of the apps were running in the background. The fingerprint sensor is the main attraction of this phone and is notably accurate most of the time, but when your fingers are wet, the fingerprint sensor has to struggle a bit for recognising your fingers.

The camera in ZTE Blade V7 Lite is the best smartphone camera for the price you are paying. ZTE Blade V7 Lite features 13MP of rear camera with autofocus & LED flash and an 8MP front facing camera which surprisingly takes great photos compared to other smartphones in the market. The camera in the phone comes with two modes Auto Focus Pro Mode and Auto Mode. Like other cameras,in auto mode, the camera identifies the object you want to shoot and manages the exposure compensations, white balance and ISO. Along with that, in the auto mode, the camera is capable of detecting smiley faces, gesture selfies, voice control and much more. In Auto Focus Pro Mode, the camera gives the full access to the user to control ISO, Exposure compensations, white balance and much more with which you can take some wonderful photos.
During the review period, I have experienced that the camera of ZTE Blade V7 Lite takes awesome photos both in Auto Mode and Auto Focus Pro Mode but while clicking the photos during low light, the camera is unable to produce detailed colour, as compared with the photos taken in the daylight.

Battery performance of ZTE Blade V7 Lite is good as I got a full day of battery backup in normal use, During which I have used few apps, watched videos online and surfed the internet. But during the heavy use, the battery performance is slightly poor which is negotiable, as we already know, it only has a 2500 mAh battery. At last, I would like to say that the performance of the battery depends on various factors and cannot be judged based on 10 days of uses and it may vary according to your use.

ZTE Blade V7 Lite is the great choice as it comes with a fingerprint sensor, decent camera and full metal unibody design which gives it a premium look and due to its compact design, it feels comfortable in hands. Along with that, this phone is lag free and is affordable as it comes with the price tag of Rs 18,990. If you ask us the phone is worth the investment, we would recommend you to buy this phone, as you won’t  get these amazing features in any other smartphones of this price range.
If you have any thoughts or any suggestions on this review please let us know through the comment section down below and also please follow us on our Social Media Channels on Facebook, Twitter, Instagram, Youtube, Google+ & Pinterest to get regular updates on Tech News and Reviews. 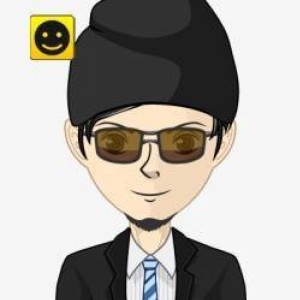